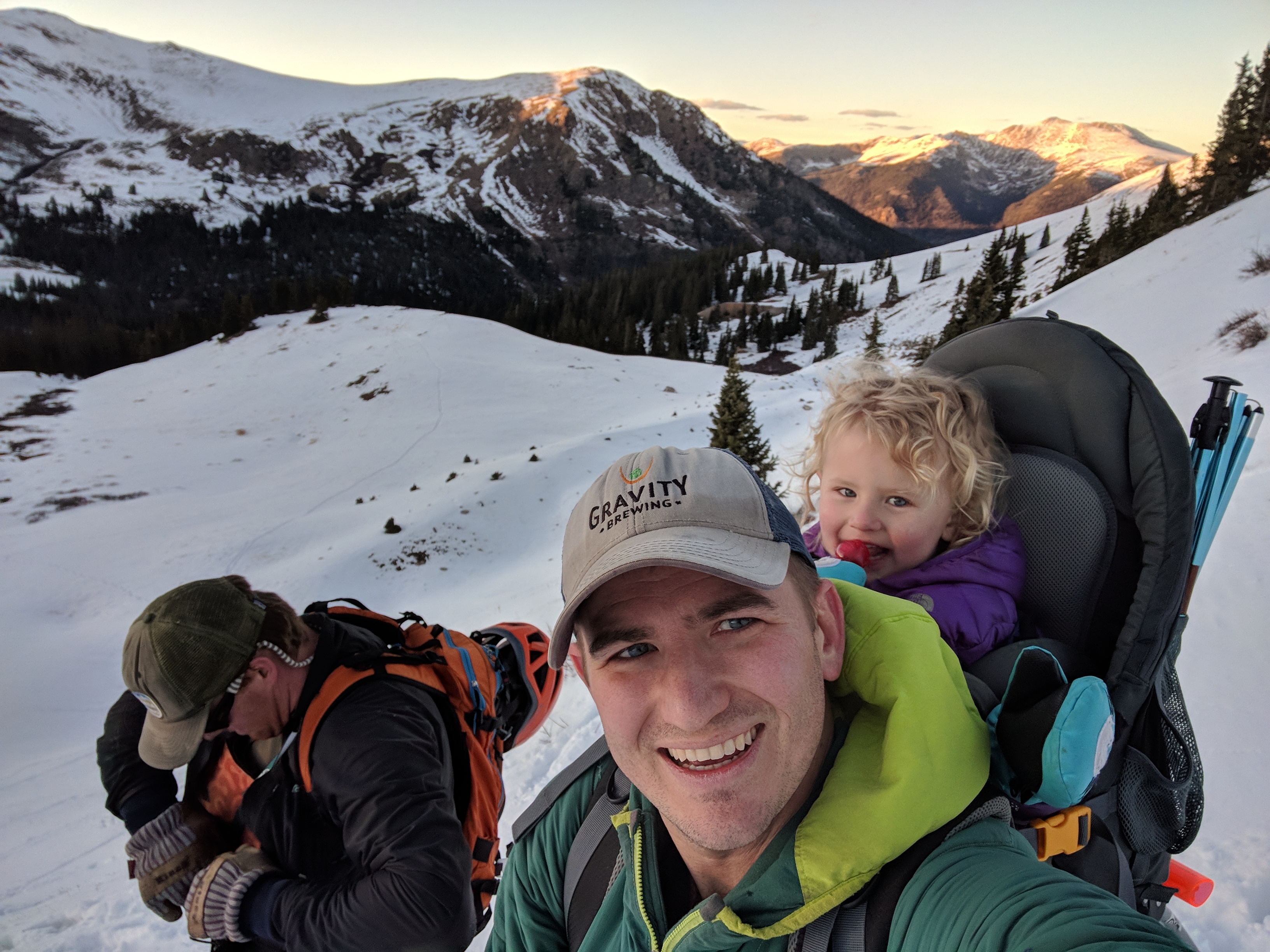 But our lives are full of risks of various sizes. We share the road with two-ton Suburbans on a daily basis because the rewards – like not getting fired from work or getting food from the grocery store – outweigh the risks.

“Well sure,” the helicopter internet parent in my mind argues, “but those are necessary risks. It’s reckless to expose your kid to an unnecessary set of risks like this.”

Helicopter-internet-parent is wrong. Plenty of scholarship out there (like this or this) tells us that encouraging kids to take reasonable risks is critical to their development. Of course, the “reasonable” bit is important – you want your toddler to take the risk of trying to do a cartwheel, not the risk of trying to see how long she can put her hand on the hot stove. But if we’re not at risk of failure, or even at risk of getting hurt, there’s no adversity and no growth.

I’m passionate about backcountry skiing, and I also think it’s important for parents to share their passions with their children as much as possible. That can certainly mean modifying the activity. When I’m skiing with Belle in a backpack, I’m only doing it on avalanche-safe terrain – terrain not steep enough to slide. I’m also only doing it on terrain I’m reasonably sure I won’t fall on.

That doesn’t mean it’s impossible for me to fall. But it makes it a lot less likely. Toddler backcountry skiing isn’t the same type of skiing I’d do if I were out on my own, but modifying the activity a bit lets me share it with my daughter at a young age. It also lets me share my passion for the sport with her. It means I can spend more time with her while spending time on my skis outside. It’s a great combination.

We also put Belle in ski school when she was three. She enjoyed it for the most part, though at first she was a little lukewarm about the prospect. After a few weeks though, through a combination of ski school and seeing my enthusiasm for the sport, she started generating her own momentum. If she saw me getting my gear together, she started asking if she could come with. Of course, the answer was yes.

…unless it was a powder day…