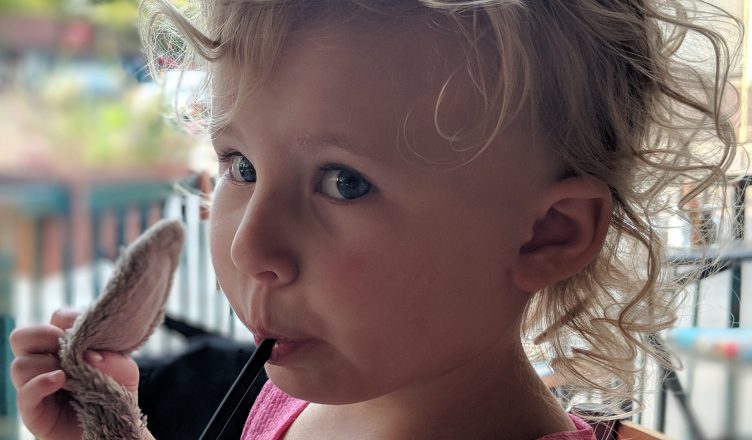 Before we had our first kid, I didn’t really understand what all of the fuss over shaken baby syndrome was. Okay okay, we get it, don’t shake babies. Is that so hard?!? They’re babies! What sort of a monster would shake a baby?

Then I went to a one-night New Dad Boot Camp, which framed things for me a little differently.

“Imagine this,” the instructor told us. “It’s 3 in the morning. Your kid has been screaming for the past three or four hours. Nothing you can do can seem to calm her down. You’ve walked her around the house. Sang songs. Rocked in the rocking chair. Changed her diaper. Given her a bottle. Finally, finally, her eyes flutter and start to close. You’re so relieved. And then, as you set her into the crib, she starts screaming again. And at this point you’re more angry at this small human than you’ve been at anyone in your life. You pick her out of the crib and hold her just above shoulder height. The thing to remember about shaken baby syndrome is that it’s not really about shaking; it’s a whiplash injury, like a car crash. It’s a wrist snap. If you’ve ever thrown a baseball, you know what that feels like. And your so angry that you just want to snap the kid down. That’s where this is important.”

His forecast was pretty accurate. Belle was about a month or so old, screaming her head off in the middle of the night. It was night three of bad sleep for everyone, so I was exhausted, and suuuuper angry. Why can’t you just go to sleep? I picked her out of the crib and thought about the wrist-snap example, and realized “Ohhhhhh. This is that moment.” So I set her back down and left the room.

That was the other big point the instructor made: babies who aren’t sleeping aren’t going to cry themselves to the point of injury. They’re perfectly safe in a crib. BUT there are times where you, the parent, can be a bigger health hazard to your baby. Those times are pretty fleeting, but it’s important to recognize them, set the kid down, and go for a walk in the backyard or play videogames for 15 minutes or do whatever you need to do in order to calm down and take another try at comforting the kid after you’ve let things pass a bit.

Good luck out there.