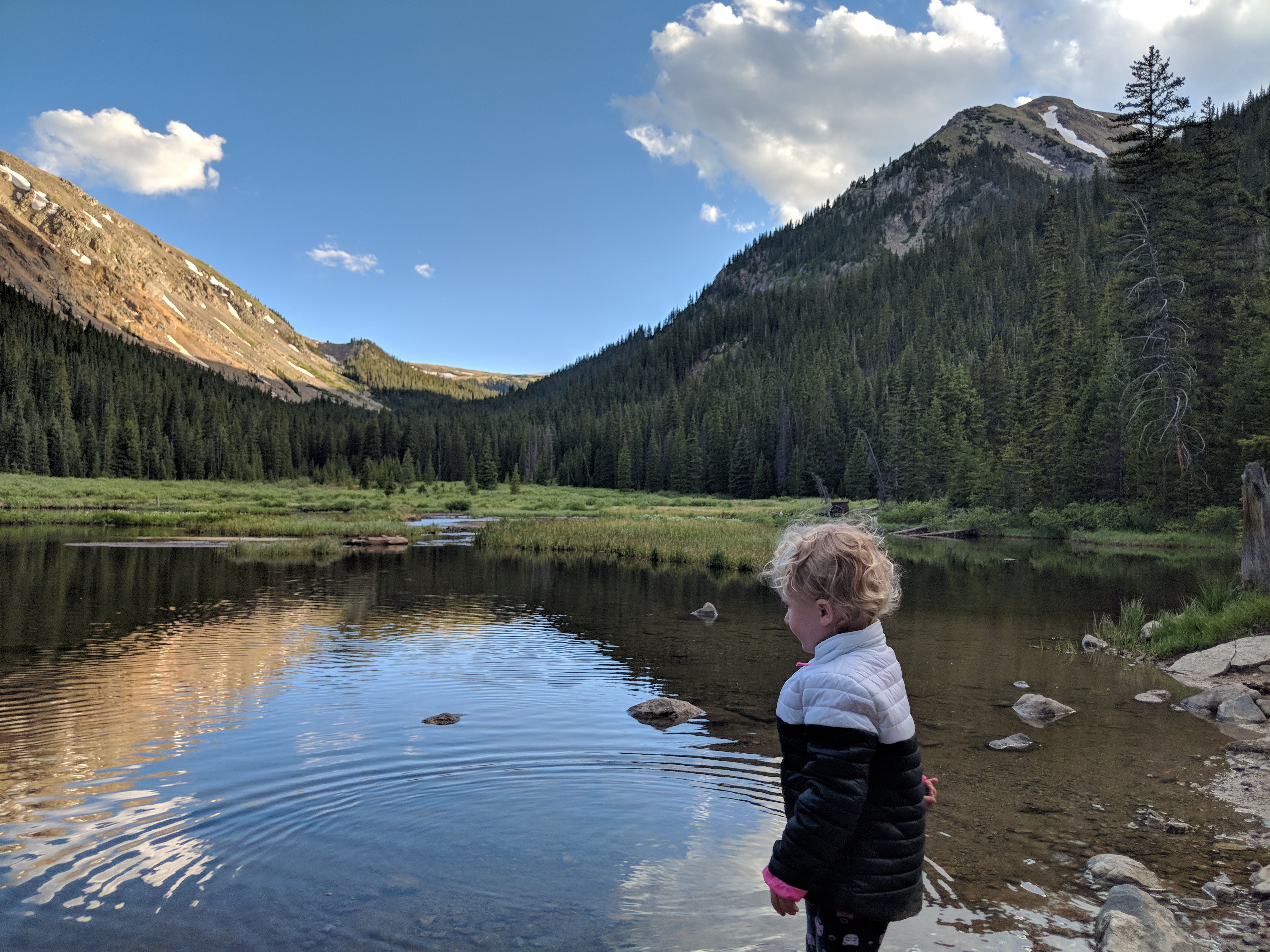 I grew up on about 40 acres of woods and swamp. I spent a lot of time outside as a kid, though I didn’t really do a lot of camping. But once I started college, I got into rock climbing. That was eventually followed by whitewater kayaking and backcountry skiing. And each of those activities often involved weekend trips to pretty places, car-camping along the way. Once I became a father, it seemed pretty clear that camping with kids was going to be the next step.

It wasn’t particularly easy to get started. Camping with kids can feel like it takes any difficulties you might have with camping, any difficulties you might have with kids, and then multiplying them. We started when Belle was about a year and a half old with a quick, one-night family trip to a creek about an hour from Denver. Later that summer, we ventured further afield, usually with friends, and we took one or two longer trips. Things got tough here or there, usually with sleep. And we had to deal with the occasional, pitiful, “I want to go home.”

Things changed the following summer, when Belle was two and a half, going on three. By then, my wife was pregnant with our second kid, and she had difficulty sleeping in a bed, much less on the ground or in the back of a truck. So Belle and I started going on trips without mom; sometimes with just the two of us, and sometimes with friends and their kids. By this point, Belle had a little better handle on the whole camping thing, so the bigger challenge was convincing her that it could still be fun without mom. “But I want my mommy” became the more common complaint. After a few trips, things started to improve quite a bit, especially since we kept these trips to one-night affairs. In the morning we would eat breakfast, pack up, and head home to mom.

Things were even smoother the following summer. We were still camping without mom and without the new addition, Scout. Missing mommy still cropped up here or there, but not very often. And we had learned other tricks to smooth things over. As extroverted as Belle is, she had a lot better time if we had other friends along. Even if those friends were adults, she had people besides me she could entertain, and who could entertain her. We also had camping gear pretty well wired.

All told, by the time Belle turned four, she had been camping 15-20 times. It’s been a great way to get her out in nature and spend some focused father-daughter time with her, particularly since I’m present in the moment the entire time, and so is she.

Advice for Camping with Kids

Here are some of the things we’ve learned that will help make camping with kids a little easier:

Camping with your kid can seem really daunting at first. But like anything else, it gets easier with practice. And the rewards are more than worth it.