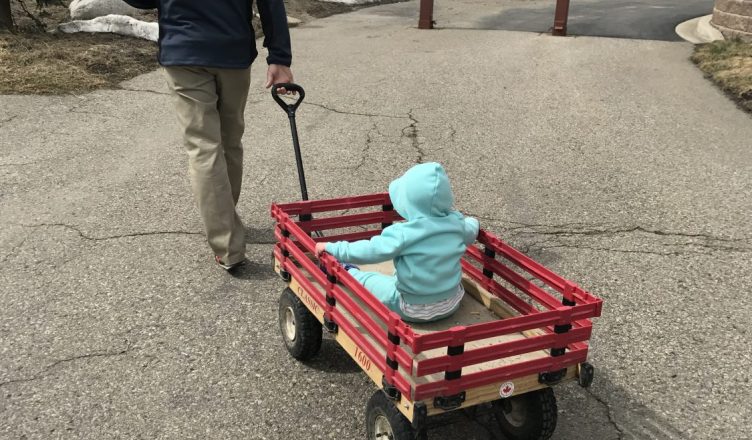 If you haven’t been paying much attention to strollers lately (which is probably the case if this is your first kid), the picture you may have in your head of a stroller is one of these guys, sometimes called an “umbrella stroller.” Little wheels, folds up like an umbrella (sometimes whether you want it to or not), would blow away in a strong breeze. You get the picture. While they can come in handy in a pinch, you owe it to yourself to get a decent stroller.

For our purposes, “decent stroller” means it can do the following:

That’s a pretty long list of features, and none of them are really negotiable. If I gave you all the manufacturing capabilities you need and a pen and a piece of paper, you’d have some trouble figuring out something that ticks all the boxes. Sure, throw big wheels on it and it’s going to be able to roll over stuff. But that’s going to make it heavier and hard to fold. And on and on. Which is a long way of saying that you may need to spend some money on this.

But here’s the thing: there’s a good chance that you’re going to use a stroller a lot. Maybe even every day. And it makes some sense to spend money on the things that you use all the time, rather than, say, the Kitchen Aid Mixer that you use once a year to make holiday cookies (incidentally, beds and shoes also often fall into the “spend money on it” category; so do car seats for kids).

We have one of these strollers, which works with our carseat and has worked well on the bad sidewalks in our neighborhood. The best thing I can say for it is that I don’t have to think about it much; it just works. If you go in a different direction for the first bucket-style car seat for your kid, make sure whatever stroller you buy is compatible with it.